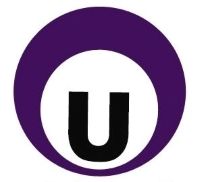 For over 25 years, we have held to one principle: Music is the universal language

This site is currently under construction via a new web developer.

It Starts With the Ears

We're music people - we know good music when we hear it.  Since 1991, along with our affiliates, Underload Recordings, and Library Science Music, we have discovered amazing recording artists, songwriters, and composers, and created, produced, marketed, distributed, published and administered hundreds of recordings and compositions.  As a publisher of several RIAA Certified Platinum and Gold singles and albums, and several Billboard Top 40 Pop, R&B and Hip Hop hits (including two #1's),  plus numerous ASCAP awards, the company has worked with the best-of-the best, including Warner Music, Universal, Motown, EMI, Sony, Island/Def Jam,  BMG, HBO, Netflix, ABC, CBS, NBC, FX, and Hulu.  Our content has been prominently featured in television commercials for Microsoft, Google, Corona Light, Premiere Parks, and more.  We continue to deliver the best in pop, hip hop, edm, alternative rock, chill-out, chill-hop/lo-fi, urban, and jazz.

First and foremost, we are a global music company.  The company includes a record label, an award-winning music publishing company, a music library, and a sync licensing and marketing company providing music-based solutions.  We actively embrace artist and songwriter development, working with real recording artists, producers and composers, and developing and marketing musical content of the highest quality.

We also work closely with other content creators and companies.    We actively collaborate with associated music publishers and sub-publishers, distributors, music supervisors, record,  television, film, video gaming companies, and advertising agencies throughout the world to discover, develop, produce, market, and connect world-class artists and content directly to the consumer, or via the best media companies in the world.

We will also work with you to enhance your film or television project or brand, offering one-stop licensing for an array of music, or by creating custom music and branding solutions for your projects.

Our Digital Distribution and Streaming Partners